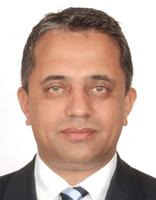 Pranav Roach is president, Hughes Network Systems India Limited, a subsidiary of Hughes Networks Systems, the US based global leader in broadband networks and services, bridging the best of satellite and terrestrial technologies. He serves as a director on the boards of all Hughes companies in India. He was a key member of the team that proposed and successfully completed India’s first book built IPO in 1999 and later India’s first private telecom company IPO in 2001.

More recently, he has been leading Hughes’ new initiative to bring broadband services and applications to rural India through community based computing and connectivity infrastructure to deliver e-governance, internet, interactive education and a variety of e-commerce services.