The Indian film industry is currently sized at $1.5 billion and is the largest in the world, both in terms of the number of films produced annually; 800 in over 20 languages, and the number of theaters; 12,000 across cities. However, even though India enjoys a dominant position in the cinema industry, around 85% of films fail at the box office and many do not recover costs. The screen to people ratio; only 12 screens per 1 million people, is a pull-back to industry growth, leading to the limited release of films and high piracy records.

In the traditional scheme of operations, the physical distribution of films especially affects producers, distributors, and exhibitors who lose out on their time, efficiency, cost, and security.

The modern scenario with technological changes and inclusions, especially satellite content delivery, can significantly reduce barriers to entry and contribute to distribution expansion by lowering the cost, reducing piracy, reducing delivery time, and increasing the audience reach. This is leading to the emergence of Digital Cinema which is changing the Indian moviegoers' experience, promising superior digital quality prints versus traditional celluloid formats. 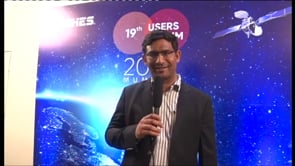 With such a large distribution chain, the Indian film industry needed a solution early on, selectively choosing Hughes to develop and provide a comprehensive satellite-based delivery system to several theater chains. Hughes’s leading-edge satellite technology implemented using industry best practices has ensured the highest quality and most secure solution protected from piracy. Since its inception in 2005, the network has grown to over 7000 theaters, with revenue increase from first day showings and piracy cut by 20 percent or more.

In addition to Class A multiplexes, class B and C theatres have shown up to 90% increase in revenue after having the digital solution by Hughes. Being the leader in VSAT services and solutions, Hughes also enables the same VSAT at the theatre to host other applications for their customers including ticketing and theatre advertisements, payment authorization, back-office application, cybercafé, retail broking, ATM/kiosk co-location, gaming, sports, and matches.

Hughes deploys the latest DVB-S2 Adaptive Coding and Modulation technology that enhances the quality of transmission multifold. Using a satellite IP-based delivery platform, Hughes effectively uses the inherent capability of the satellite to distribute content from one site to many (multicast) and leverages a SaaS model for its Content Delivery software (HNS’ EPD2).

Hughes has won various contracts from leading and prestigious entities for its Digital Cinema Satellite Network while enjoying a dominant market share. The world’s largest Digital Cinema networks, UFO Moviez has extensively deployed Hughes’s DVB-S2 technology and IP bandwidth across 4500 theatres; a first in India. The project has recorded phenomenal growth so far, setting benchmarks since 2015.

Hughes also powers the largest digital cinema provider in the South - Qube Cinemas; a provider of end to end digital cinema technology solutions. Qube Cinemas has connected a VSAT network across 2,888 theatres in India powered by Hughes VSAT’s giving them the flexibility to multicast movies and advertisements depending on the viewers in different regions of the country.

Hughes is also a pioneer in driving sports and entertainment events to public venues and cinemas across the world through its flagship Entertainment Sports Direct (ESD) network. For the first time in India, with unique propositions from Hughes, customers are empowered with a stadium or theatre-like, immersive, ad-free experience with 33% more picture in high definition 3D video.

Cinema has surely become an enormous economic and cultural phenomenon reflecting the rich diversity of many countries. Satellite distribution, coupled with EPD systems, provides the ideal solution for studios and theaters to cut costs, reduce piracy, and generate additional revenues. Hughes is uniquely positioned to provide a complete solution for theatrical, corporate, or other content to huge audiences in regions, countries, continents or globally.