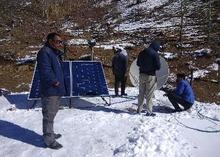 The Indian Space Program has come a long way from April 1975, when the first Indian satellite Aryabhata was launched with weight of 360 kg and on-board power of 46W only. The new generation of satellites boast of tonnes and kilowatts in weight and power respectively. These advances in satellite communications technology in recent years have led to a massive increase in throughput delivered from a group of new ‘High Throughput Satellites’ in India. Several such satellites have been launched recently and are operational in their orbits with many more lined up in the coming years. The one fundamental difference compared to the conventional satellites is the use of multiple ‘spot beams’ to cover a desired area than a wider area. The spot beams offer a higher gain and frequency re-use. 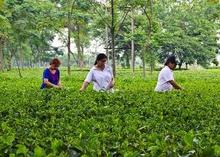 These satellites are going to cater to the diverse user requirements of the users of “Digital India”, “Connecting the unconnected”, Enterprises and SMEs. The affordable internet through “Community VSAT” will become a reality at the remotest location by distributing the internet on Wi-Fi for hundreds of users, dramatically lowering the cost per subscriber. Imagine, a student sitting in a village in Himalayan mountains will have equal opportunity as any other student in the country because of the access to high-speed internet. Or any one of our defence personnel, who are in far flung border areas, will be able to talk to their families using the same. One can be a tea estate manager or a Work from Home (WFH) executive, HTS comes to everybody’s advantage all at once.

To complement the advancement in satellite technology, the latest ground systems are highly robust with multiple levels of redundancy. At the heart of these ground systems are most technologically advanced Jupiter Baseband and Modem systems which are in operation across 50 satellites across the world and 4 million terminals. The highly efficient system along with Spot Beam technology has made it possible to pack a greater number of bits in the same spectrum and taken the spectral efficiencies of the system to much higher levels compared to conventional satellites. The resultant benefit to the users is higher throughput at a lower cost. This combination of cost and throughput has made it possible to talk about Satellite Bandwidth in terms of Mbps and not kbps per terminal. The current HTS in India with the latest technology has made it possible to do a 10 Mbps return using a 1.2m antenna with a 4W RF. The smaller footprint of the hardware also adds to the economies of using HTS for a variety of applications.

High throughput Satellites are going to cater to the segments which have high bandwidth demand like Broadband, Mobility, Defence and Government, Enterprise and Cellular Backhaul. Government of India is already using these satellites for connecting far flung corners of the country using Hughes technology. Enterprise and Cellular Backhaul users will see their demands met in the coming days as this type of connectivity comes to their doors. These satellites will also integrate India into the international fabric of Maritime and Aero Mobility and will cater to all the traffic in Indian airspace and waters in the Indian Peninsula. The upcoming satellites will cater to the broadband as this segment is going to need far higher bandwidth because of the sheer number of the users. The cost and reach of these HTS are going to be driving the growth of rural broadband in India. It may seem that HTS is a misfit for IoT, but it has the capability to connect multi-million devices in each beam and the upcoming technologies are going to change this picture.

In addition to the massive increase in bandwidth, the affordability of the bits per second or cost of throughput with HTS is significantly lower than that with conventional wide-beam satellites—by few orders of magnitude—and it is reaching terrestrial-like economics. These bundled features of HTS, considerable throughput, ubiquitous coverage, and affordable (broadband) connectivity are the main drivers of the disruptions that will be brought by these satellites.